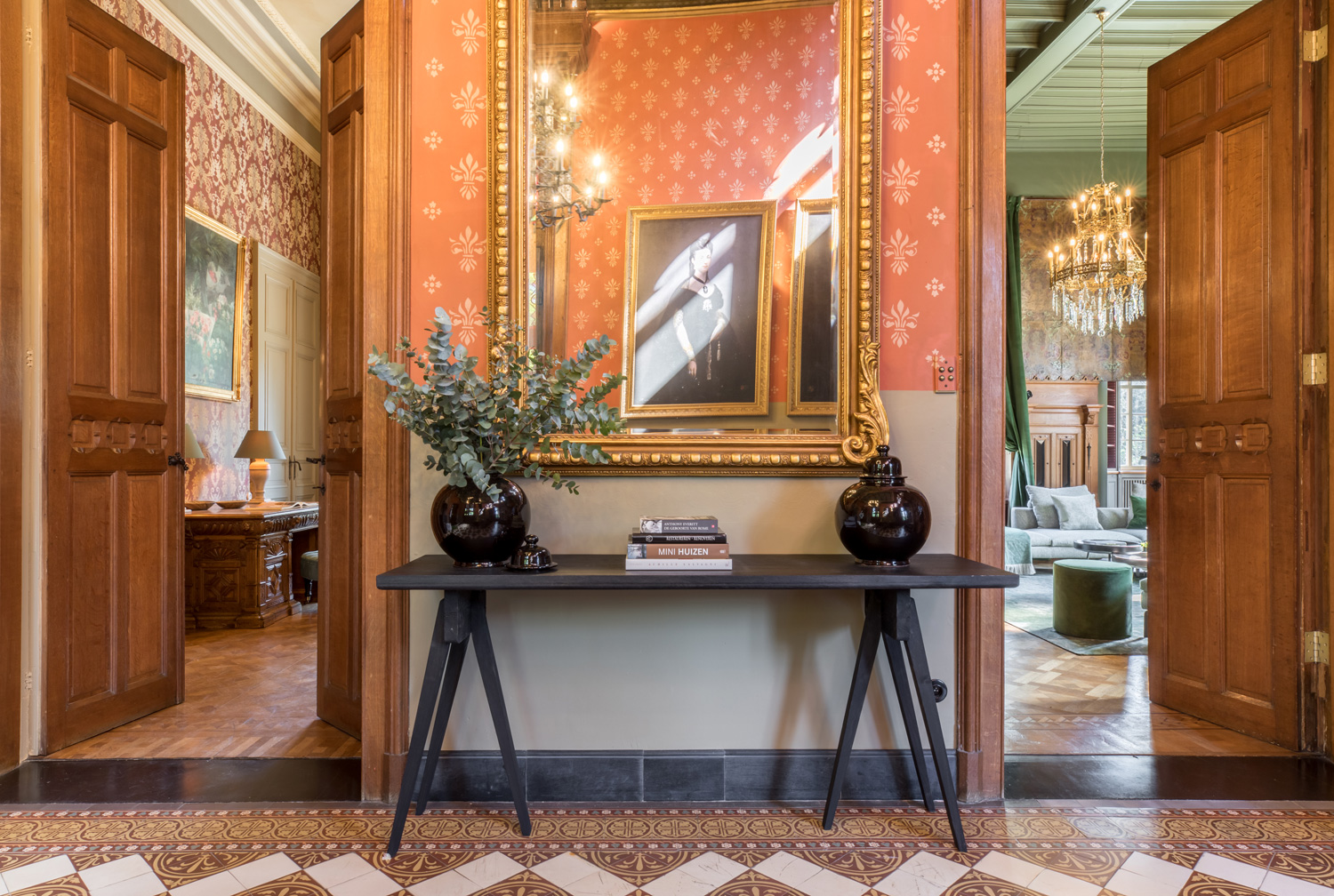 Ten Torre Castle has a rich history. Many illustrious and noble families have written their history here. Kings, emperors, mayors, noblemen and barons have owned the property.

1353 / Oldest mention of the “Goed ten Torre” with “castle” in the accounts of the Bogaerdenschool in Bruges.

1529 / The King of France, Francois I, donates this seigniory to Emperor Charles V as war booty.

1531 / Emperor Charles V, who is constantly in need of money because of his many wars, feels obliged to convert some of his possessions into cash now and then. On 23 January 1531, he sells Ten Torre to the children of Francis van Zinckenghem.

1565 / Sale to Jan Pardo, Lord of Frémicourt and Mayor of Bruges.

1845 / The current castle is built in 1845 by order of Hector, Baron Lebailly de Tilleghem. Erected on the foundations of the former hunting pavilion. A brickworks is built for this purpose along Bergstraat.

Around 1895 / “restoration” by provincial architect Stefaan Mortier is commissioned by the then owner, Joseph de Meester de Ravenstein. Inspired by Viollet-le-Duc, construction of the current roof around the tower (still preserved in the structure), construction of entrance porch with loggia and open gallery, conversion of corner tower into watchtower. The surrounding park is also constructed and the pond extended.

1914 / During the First World War, the inhabitants, the de Meester de Ravenstein family, leave the castle and flee to the Netherlands. The castle is largely empty during this period. Norbert Fonteyne (1904-1938), an Oedelem author, experienced the First World War as a child and wrote in his book “Kinderjaren” (Childhood) about the trips he made to the castle at that time.

1917 / Major work is carried out on the castle in the summer of 1917. A number of German officers take up residence in the castle. Strict security measures apply and the entire area is hermetically sealed and signposted “Verboten Gelände” (Prohibited Area). Rumour has it that the German Crown Prince, Field Marshall Rupprecht of Bavaria stayed at Ten Torre personally.

1919 / In 1919 it is noted that through an inheritance, Ten Torre becomes the property of Adrien de Schietere de Lophem, the son-in-law of Joseph de Meester. The castle will ultimately stay in the same families for more than 100 years.

1940 / During the Second World War, the castle is again occupied by the German Wehrmacht. A guard post is stationed in the tower of the castle throughout the war. During the war, more than 1,500 trees are uprooted from the grounds.

1945 / During the liberation by the Allies, a cannon is fired from Moerbrugge to Ten Torre. A bomb falls in the basement just next to the kitchen. Some of the damage is still visible. Once Ten Torre is liberated, the Germans turn their fire on the castle, and a shell lands in the house at the front of the property. After the war, José de Schietere de Lophem moves back into the castle. He serves as mayor of Oedelem from 1947 to 1971.

1996 / After the death of José de Schietere de Lophem, Ten Torre is sold to Pierre Caron.

2004 / The Vincke family are able to purchase Ten Torre in 2004 and renovate the castle.

2020 / Ten Torre gets a new destiny with a contemporary design

You don't have permission to register